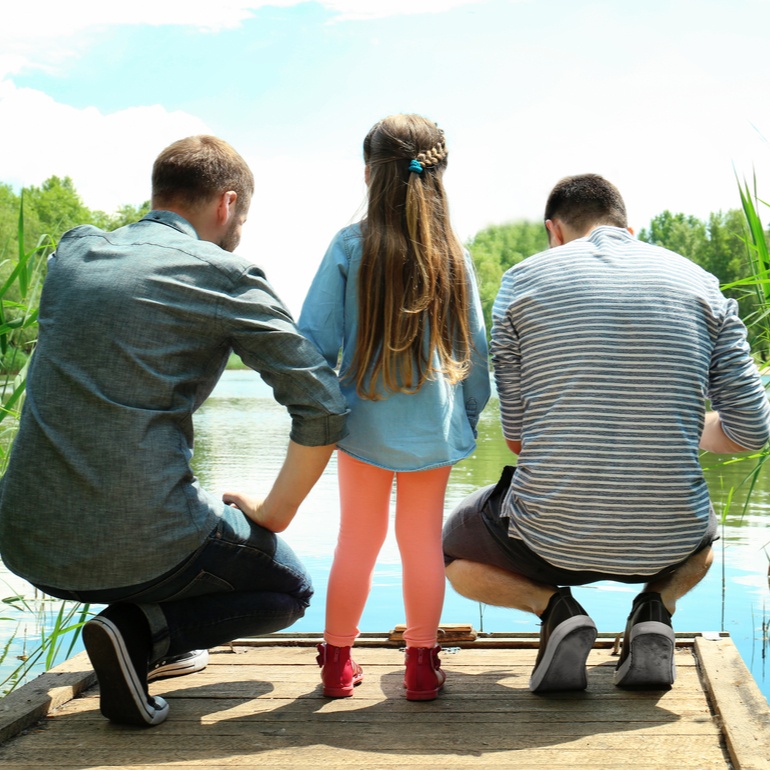 Reproductive challenges are real, but they should never leave anyone feeling hopeless to have a child. Gestational surrogacy is an excellent option for people who would like to be parents, but have struggled to do so.

Here are the stories of a few influential figures who have created families through gestational surrogacy.

At age 69, George Lucas and his second wife, Mellody Hobson celebrated the birth of their daughter via gestational surrogacy. Everest Hobson Lucas was the first biological child for the parents, born in August 2013. George has three older children through adoption.

Frederik can be classified as both a celebrity and a business leader. His success as a high-end real estate broker in New York City catapulted him into the limelight as a star on the reality TV show Million Dollar Listing New York.

On the show, Frederik was candid about his desires to become a parent. He and his husband, Derek Kaplan, shared their struggles with viewers throughout their surrogacy journey, including two miscarriages. In November 2017, the proud fathers welcomed their fraternal twins, Frederik and Milla, into the world with the help of their gestational carrier.

Barry’s Bootcamp is a well-known fitness center with several locations in the U.S. and overseas. Joey Gonzalez entered Barry’s as a client. Within a year, he was working as an instructor and steadily climbed the ranks to become the company’s CEO in 2015.

That same year, Gonzalez and his husband, Jonathan Rollo—also a renowned business leader, as the chef, owner, and founder of Greenleaf Gourmet Chopshop—welcomed their beautiful baby girl into the world. Francesca Isabella Gonzollo was born on December 2, 2015 via gestational surrogacy. Both fathers contributed their own sperm and two fertilized embryos were transferred into the surrogate. Jonathan has shared that they have no desire to learn who is biologically related to their little girl because regardless of who’s sperm fertilized the embryo, she is their baby.

Tom Ford is one of the most legendary names in fashion history (Tom Ford, Gucci, Perry Ellis, Yves Saint Laurent). In addition to his design work, he’s known for his work as a film director (A Single Man, 2005; Nocturnal Animals, 2015) and his mention in popular songs by Justin Timberlake and Jay Z. Regardless of how you know him, Tom Ford has made an impressive impact on modern business and culture.

His love story with longtime partner and husband, Richard Buckley, is a tale for all starry-eyed hopefuls that true love does exist. He met his husband in an elevator as a shy 25-year-old, and decided within the span of a single elevator ride that he wanted to marry him.

In 2012, the couple welcomed their first child, Alexander John Buckley Ford, or “Jack,” into the world.

These are only a few of many notable figures that have used surrogacy to start—or build—their families. Interested in reading more about surrogacy to the stars?